A Garden Designer’s favourite tool isn’t a spade….Katarina on Vectorworks 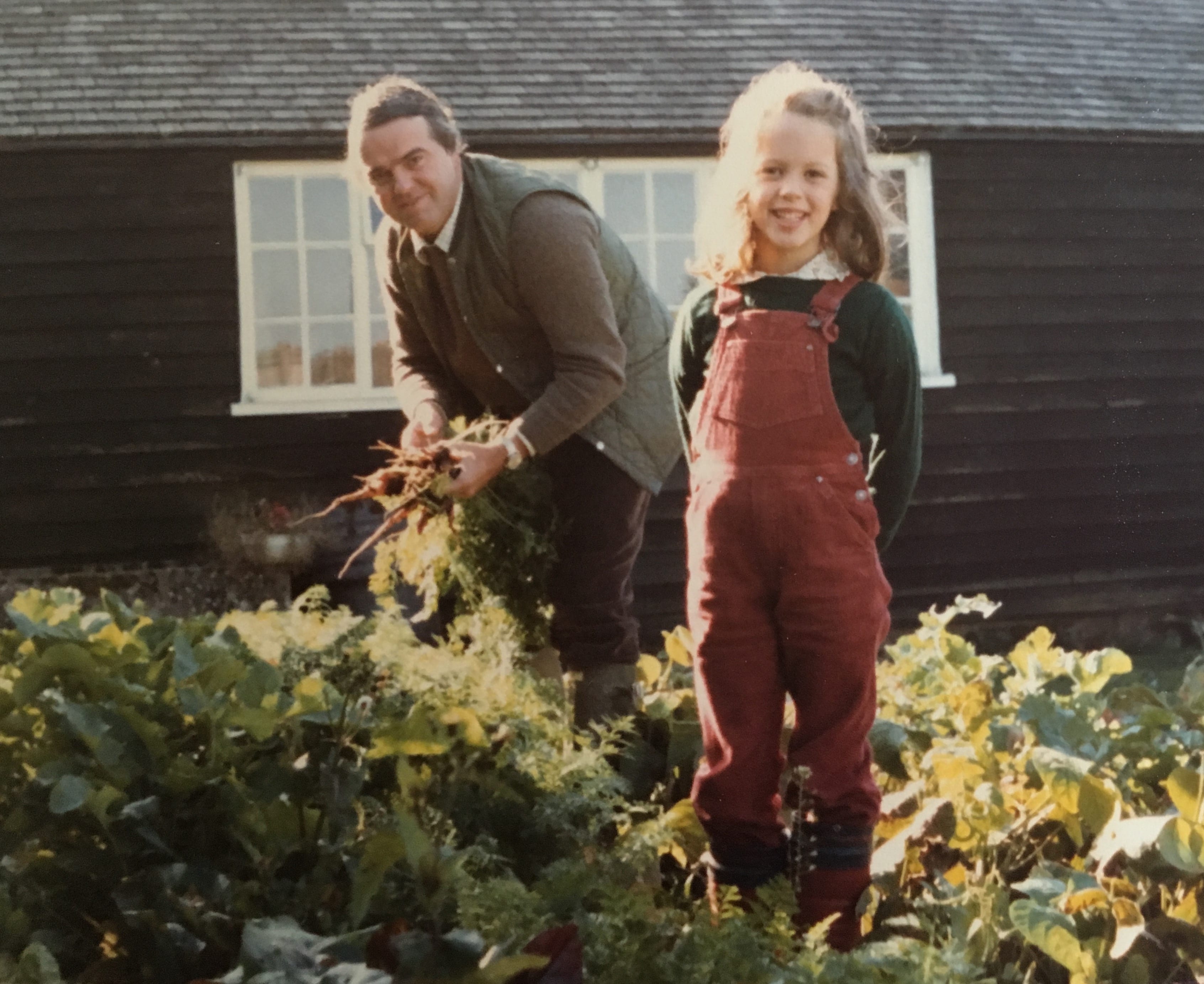 Gardening with my dad

Although I grew up in the countryside, running wild in the garden, I never dreamt I would end up gardening for a career.  I thought gardening was just a hobby – surely no one would actually pay me to play in the garden?

I thought I was going to become a medical researcher, with dreams of finding the cure for cancer and winning a Nobel prize!  I read Biochemistry at university, but it didn’t take long to realise that I wouldn’t be troubling the Nobel committee (an actual quote from one of my tutors).  I decided days spent hunched over a lab bench were not for me. I swapped science for the law (and days spent hunched over a computer).  After two years of law school I swore I’d never sit another exam again. I moved to London and qualified as a solicitor, specialising in intellectual property (in the hope that I might still have use for my science degree).  My clients ranged from huge blue-chip corporations with thousands of patents, all the way to artists trying to work out the best way to make the most of their creations. It was a great mix of science and arts.  But the more time I spent with my creative clients, the more I wanted what they had.  I didn’t want to be advising creative businesses anymore but creating something myself.

I had no idea what to do next. I had just bought my first flat in London and finally had a ‘garden’ of my own. It was more of a weed-infested pile of rubble.  By then I had been living in London for 15 years and knew I needed some help.  I signed up to study for an RHS Certificate in Practical Horticulture at Ryton Organic Gardens (then, the home of Garden Organic the UK’s leading organic growing charity) to learn how to look after my new garden.  At the same time, I set about redesigning my garden and loved the challenge of turning a derelict site into somewhere I could relax and entertain friends. I knew I had found what I was looking for (of course I would do it all differently now!).

I was still a bit nervous about throwing away years of study and a ‘good career’.  The crunch came when a friend was diagnosed with stage 3 breast cancer. Thankfully she went into complete remission, but it brought home that life is too precious to spend your days doing something you don’t love.  My friend’s husband set up a charity to raise funds for the Royal Marsden and I soon found myself signed up to cycle one and a half times the height of Everest over four days in the Alps, tackling some of the most famous climbs of the Tour de France.  It was a life-changing trip – a week after I got home I had handed in my notice and enrolled at KLC to start a year’s Diploma in Garden Design at Hampton Court Palace.

From day one at Hampton Court I knew I had made the right decision, (although I couldn’t quite believe how hard I was working(!)). We were warned on our first day by our course director Annie Guilfoyle, that Garden Design is not for the faint-hearted. There was so much to learn from the artistic – sketching and design principles to the technical – CAD, construction drawings and everything in between.

Best of all, we were given the run of the 20th Century Garden to try out some design ideas and learn practical horticulture.  I was working harder than I did at Oxford and law school put together – and before I knew it I was sitting exams again!  Luckily, under Annie’s expert tutelage and the support of the wonderful Humaira Ikram I survived the year, passing with Distinction and winning two out of seven awards – one for Residential Garden Design and the other for construction.   It was a relief to discover that I didn’t just love garden design, but that I might actually be able to do it too!

Not long after graduating, I started working for Manoj Malde, who had just won a Silver Gilt for his fabulous Mexican Garden at the Chelsea Flower Show. It was a steep learning curve, and I learned a huge amount from him, only leaving when I decided to move out of London, back to my roots in the country.  While I was at KLC I had volunteered for Ann-Marie’s Health, Happiness and Horticulture Garden for the RHS at Chelsea – handing out flyers.  So I was thrilled when the opportunity to work for her came up not long after I moved out of London. It was a baptism of fire!  No day in the office is the same, and I learn something new every day. An absolute highlight was working on the Countryfile Garden at Hampton Court this year.

Yesterday I was on site, setting out plants for a client’s garden, in the freezing cold – about as far removed from my old deskbound life as you can go. Some days I can’t believe how lucky I am. Who needs a Nobel prize when you’re working for a Chelsea Gold medal winner!