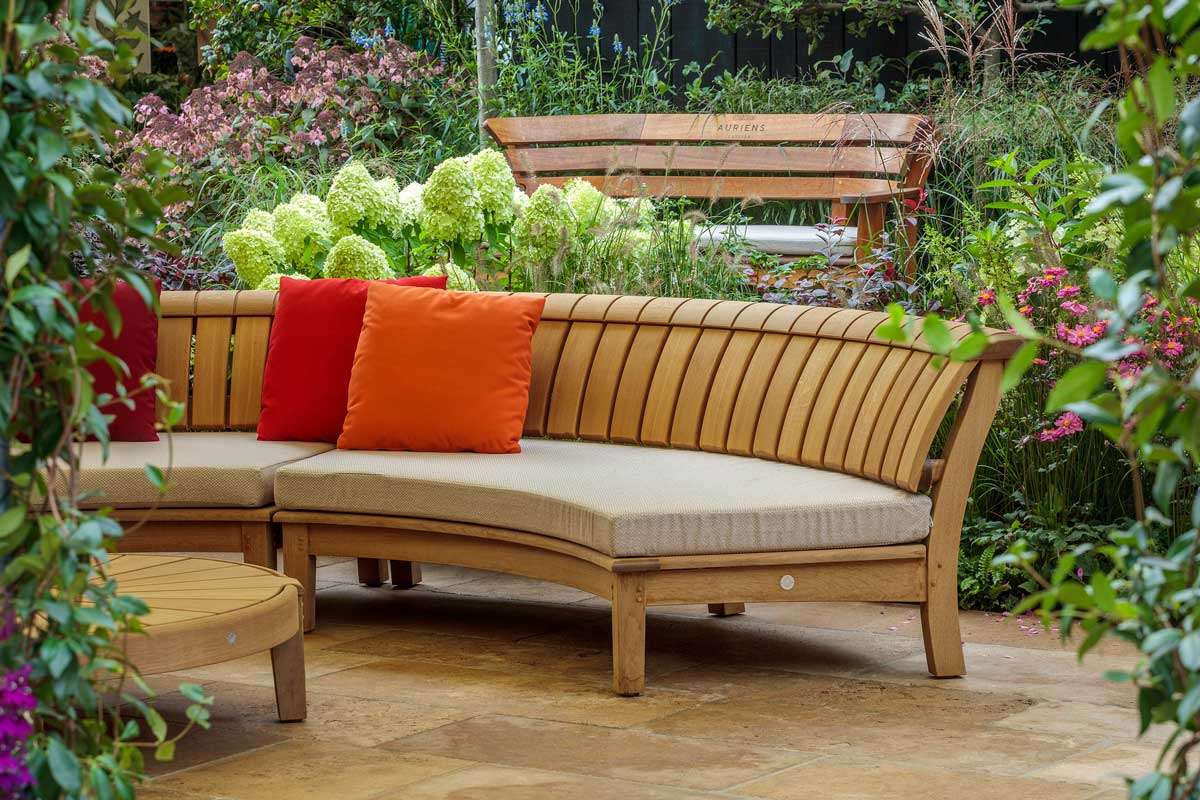 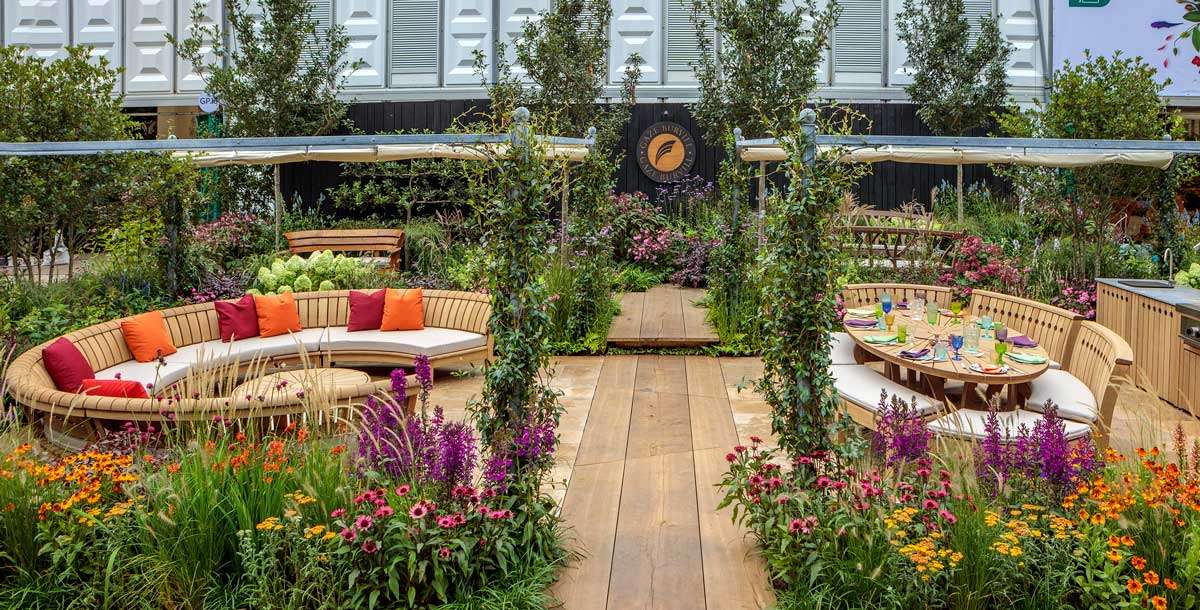 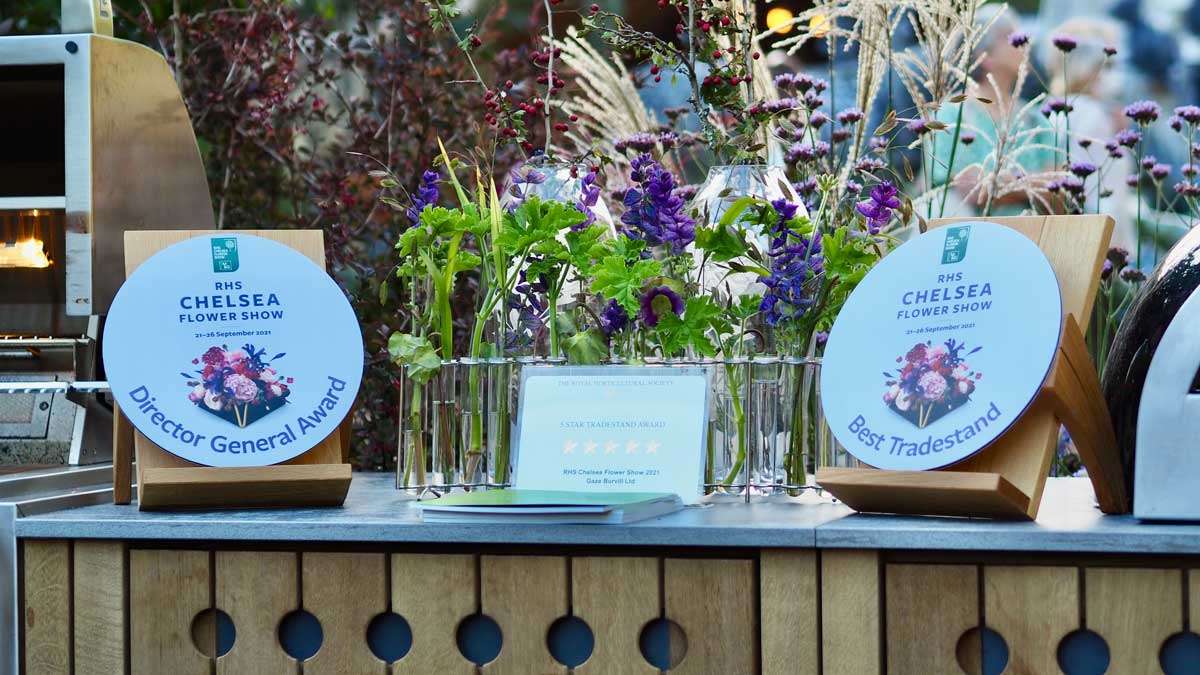 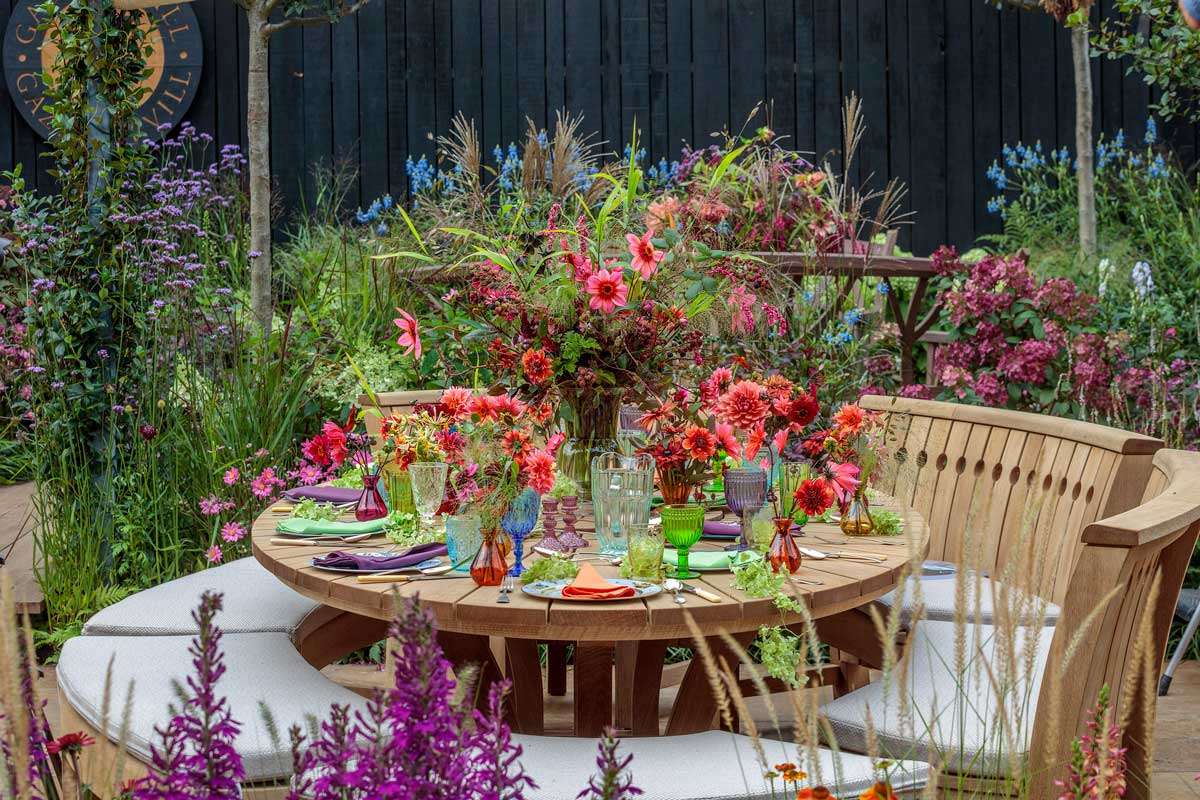 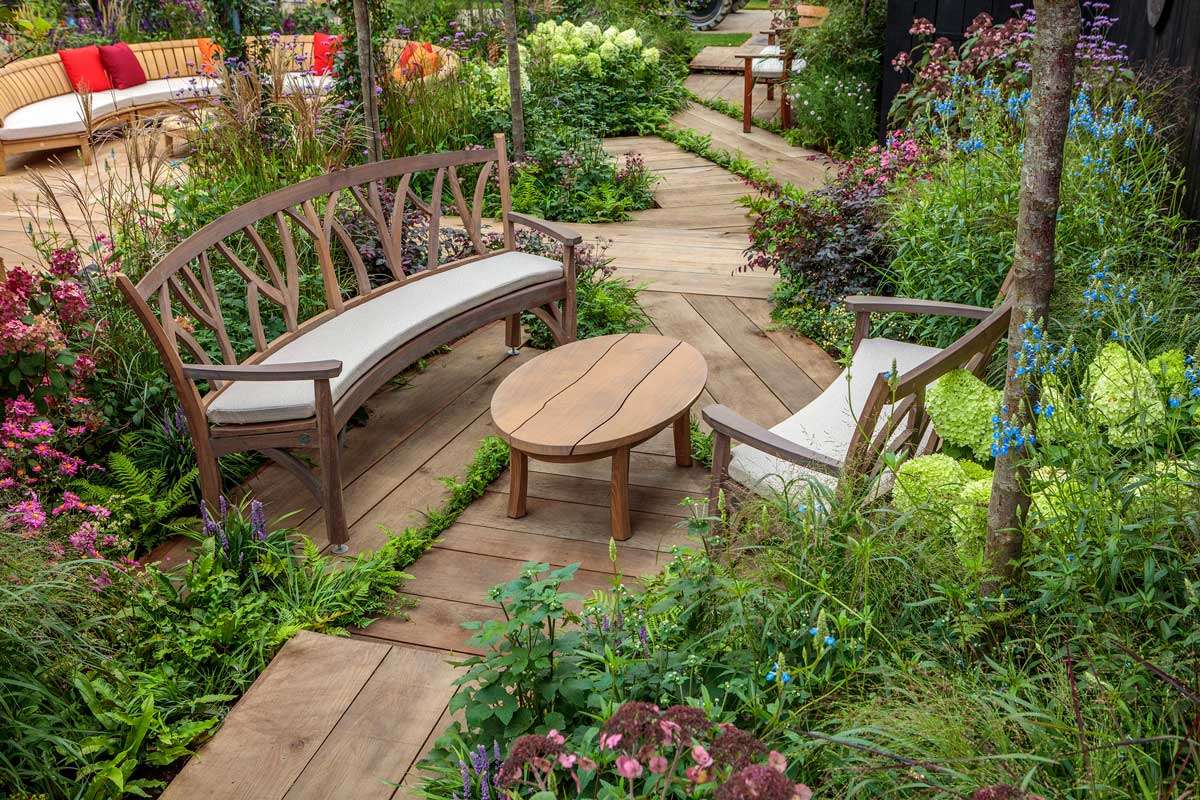 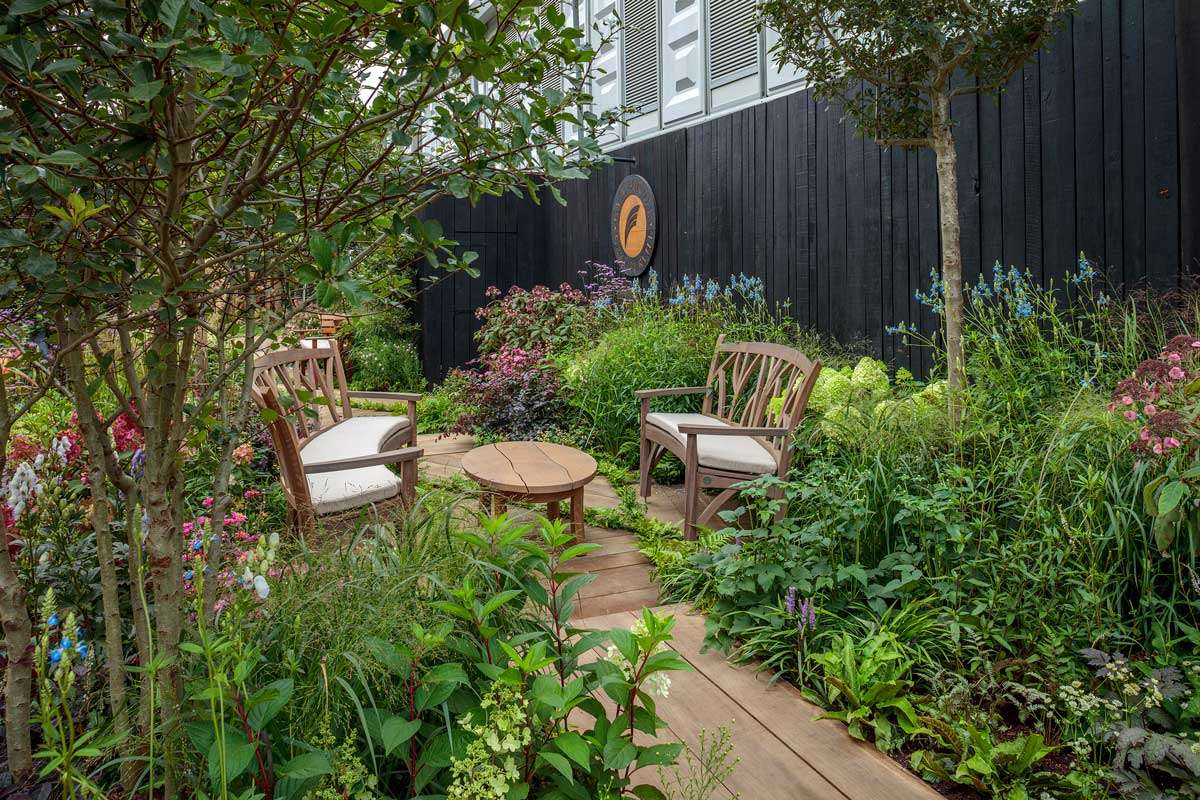 What an RHS Chelsea Flower Show we’ve had!!! The whole design team threw everything we had into the 16 x 11 metre trade stand display for our friends at master craftsmen furniture makers Gaze Burvill, so when we were awarded with a hat trick of awards, we literally couldn’t have been more delighted!

We were honoured with Five stars for our display, the best Trade Stand Award, and the icing on the cake was the Director General’s Award which is bestowed to gardens or displays which stand out as extra special to the Royal Horticultural Society Director General Sue Biggs as, and when she sees appropriate. A rare accolade indeed, and the first time a trade stand has been recognised in this way since the Chelsea Flower Show began in 1913.

There’s no doubt that since the last RHS Chelsea Flower Show in 2019 there has been a significant shift in how we view our gardens and outside spaces, and we poured our hearts and souls into celebrating all our garden have meant to us through this global pandemic into our display.

A recalibration of our relationship with nature, the importance of provenance of materials and the idea of entertaining at home on a whole new scale means our gardens are being given more attention than ever before. As lockdown has eased, the joy of getting together with friends has been momentous and to do so in a beautiful garden gives all the more pleasure.

My design team and I designed Gaze Burvill’s RHS Chelsea display around the themes ‘Hampshire Wild’ and ‘Rural Refined’ which corresponded to the two distinct areas of the trade stand. The front area of the display was a ‘rural refined’ terrace featuring beautiful ‘Vieux Bourgogne Limestone’ from Artisans of Devizes. With areas to relax, dine, cook and entertain, the terrace featured an A la Carte Outdoor Kitchen with Wolf Grill and Delivita Pizza Oven alongside Gaze Burvill’s classic Broad walk Dining Table with a generous seating arrangement. To endure outdoor enjoyment no matter the weather, two Harrod Horticultural pergola canopies were installed to protect guests from the brightest of the sun’s rays, or downpours of rain.

Arthur Parkinson created fabulous floral displays from freshly cut flowers gathered at Sarah Raven’s Perch Hill Farm to compliment an array of vases and table top products from the Sarah Raven range, with glassware from our friends at Lamb and Newt.

Gaze Burvill’s new Curved Splash Lounge, was unveiled at the Show – it creates the perfect space for large gatherings and long relaxing afternoons with friends. The autumnal coloured cushions reflected our beautiful, bold September planting bursting around the terrace, with plants sourced primarily from Hortus Loci, supplemented by Tendercare and Creepers Nurseries (plant list below).

The back area of the display was inspired by wild woodland Hampshire and featured Gaze Burvill’s Woodland Seats and new Woodland Table which was shortlisted for the RHS Sustainable Garden Product of the Year 2021. Full of trees, this area felt magical as somewhere to sit quietly, reflect or for more intimate conversations.

The oak decks were crafted from Gaze Burvill’s raw material oak boards, used to create a really special one off flooring that can also be repurposed once the show has finished.

The trade stand was constructed by the team at award winning practice Landform, headed up by Mark Gregory.

A huge THANK YOU to everyone involved – we couldn’t have done it without you!