Sponsored by Green and Blacks, designed in collaboration with Jane Owen and constructed alongside indigenous Cameroonian Baka women, our Rainforest Courtyard Garden at the Chelsea Flower Show was awarded a gold medal. The whole team were extremely thrilled that Her Majesty the Queen requested that the garden be part of her tour route at RHS Chelsea that year. 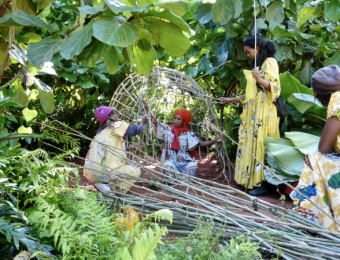 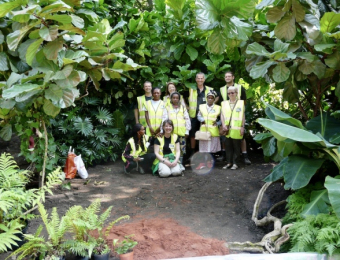 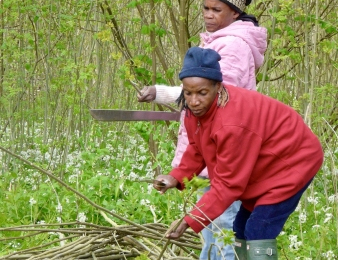 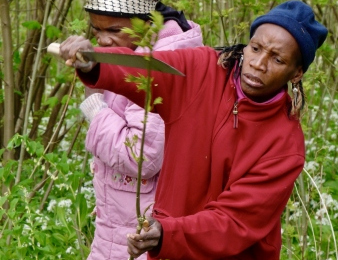 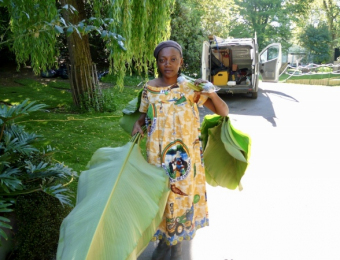 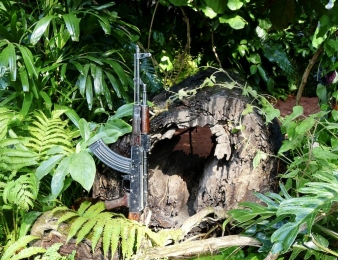 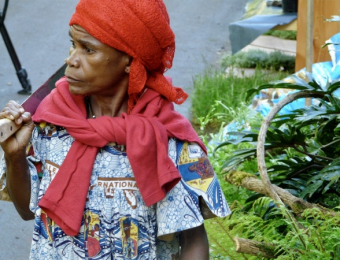 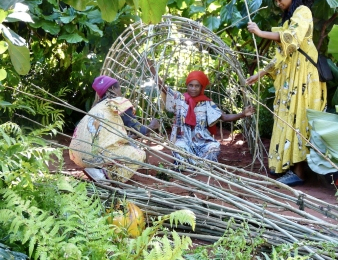 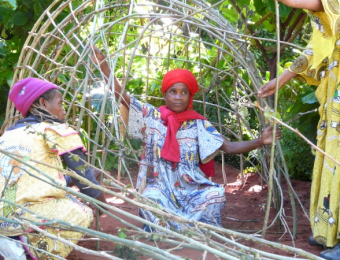 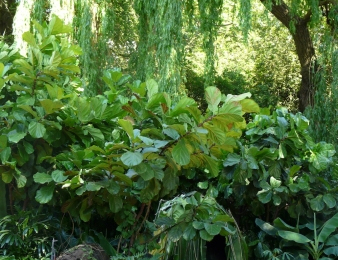 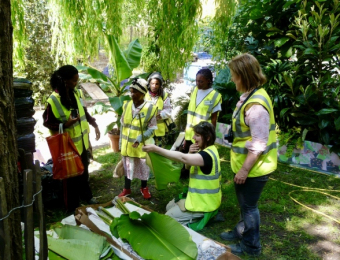 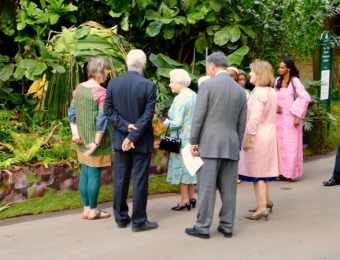 The garden was created to raise awareness of the destruction of rainforests beyond those of the Amazon basin. Alongside the impact on global warming, the effects of the logging and open cast nickel and cobalt mining industries have created a huge pressure on the livelihood of indigenous Baka and Bagyeli people in Cameroon.

Four Baka women joined us onsite at Chelsea in the construction of the garden, which represents a clearing in the forest floor. They built a traditional Mongulu leaf house from interwoven hazel twigs and banana leaves which are used provide shelter for forest dwellers.

The lush tropical planting including the fiddle leaf fig Ficus lyrate frames the central Mongulgu shelter and is reminiscent of the rainforest canopy. An AK-47 assault rifle propped up against a log, along with felled branches and leaf litter act as a stark reminder of the dramatic impact that illegal trade has had on the lives of the indigenous Cameroonians.

The road to delivering the garden was circuitous, difficult and fraught with highs and lows both emotionally and financially, but the unswerving support of Green and Blacks founders Craig Sams and Jo Fairley kept us going in our unswerving goal in delivering our important combined message.