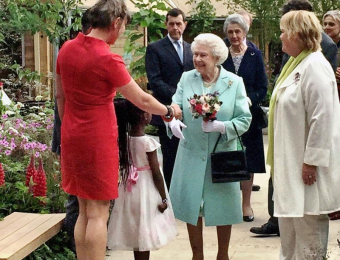 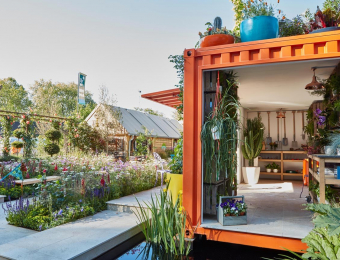 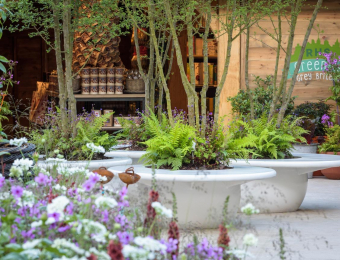 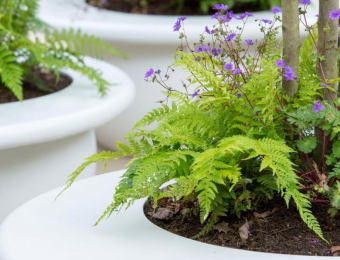 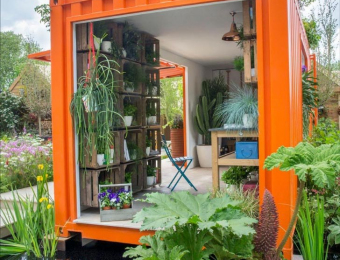 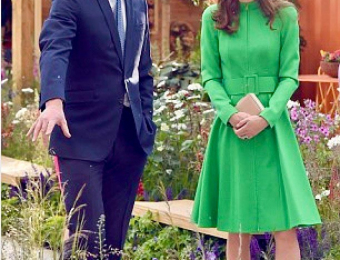 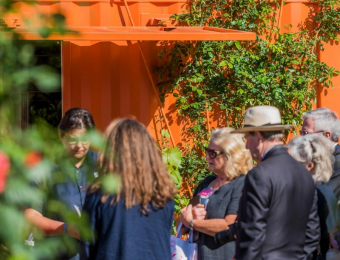 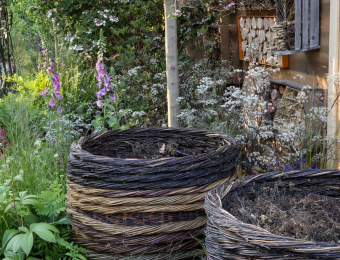 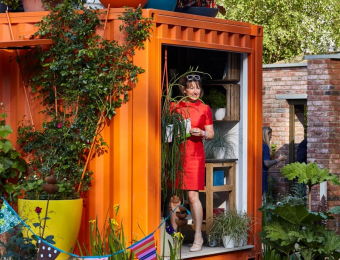 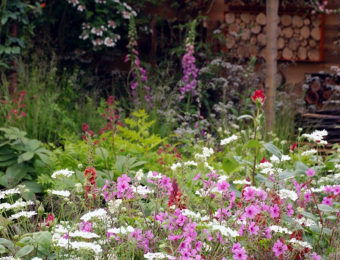 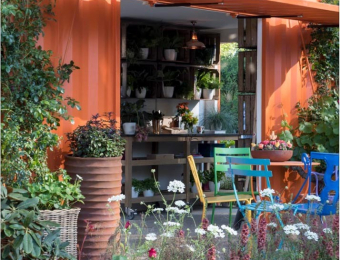 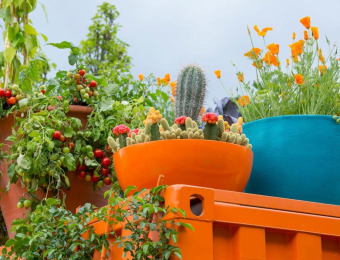 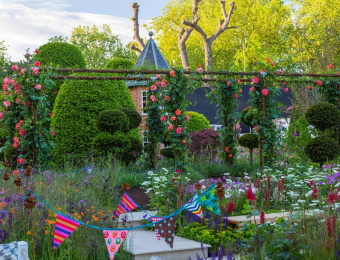 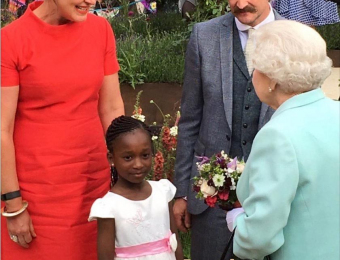 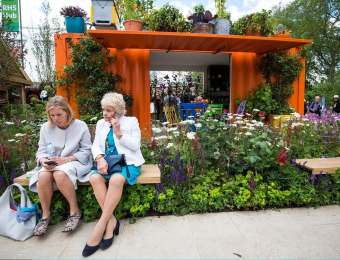 This garden was intended to build awareness of the positive healing effects that gardening has on people’s health and happiness. A bright and colourful space with plants brimming from borders and containers, everything was conceived to be purposely inexpensive and easy to do. We recycled a shipping container as a potting shed, painting it bright orange, and used apple crates as shelves in the interior to hold ferns and seedtrays. There was a pot grown vegetable garden on the roof and an urban wildlife pond surrounding it.

The joyful front garden design was designed as an ‘everyman garden’ so no matter your age, ethnic background, income bracket or horticultural bent, there was something within the space just for you.

It was also the very first walk-though garden on Chelsea’s Main Avenue as I so wanted the public to experience the garden from inside the space. The words health, happiness and horticulture welcome visitors, inscribed in the paving on the central path in the top 10 languages spoken in the UK, from English to Urdu. They remind visitors how these three elements are so wonderfully intertwined.

This show garden proved really popular with visitors, who enjoyed bright borders to lift the spirits, benches to relax and share a chat on, soothing water features, a bee-friendly perennial meadow, bug hotels, edible plants in pots, and a stylish kitchen garden.

The garden was a collaboration between the RHS, the Evening Standard and Angell Town, Brixton. Much of the RHS garden was design to be relocated to Brixton for the Angell Town residents, some of whom had helped in the build at Chelsea. Immediately after the show the garden was recreated in Angell Town, where I worked with the RHS and residents at Angell Town for three days laying out plants then planting them in lashing rain. It was a joy!

“As somebody who grew up on an estate, I know life isn’t always fair. We don’t have the head start others do, it’s not a level playing field. But we’re just as talented. All we need is a bit of help to unleash our potential. I’ve seen lots of gardens, but this is not just any garden, it’s award-winning, and I hope it will inspire young people on this estate to go on to be future prize-winning designers at Chelsea and do other great things.”